Velcro: Not Your Father’s Fastener 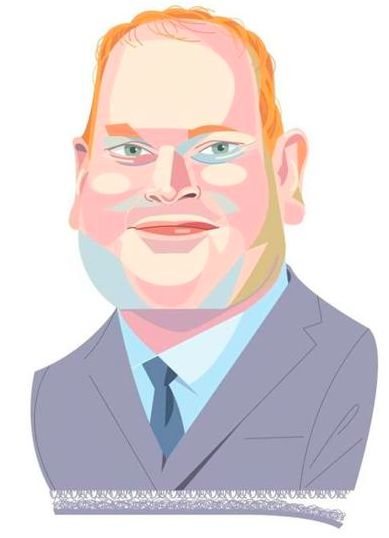 Visit Fraser Cameron in his Boston office and you’ll notice at least two things: the toy dinosaur on his table, and the corporate financial data scrawled on his whiteboard.

As he maps out his budget for 2016, the Velcro chief executive might want to start adding up some of those dinosaurs. We’ve all used Velcro’s hook-and-loop fastener system on clothes or shoes. But Cameron sees a world of opportunity ahead as his team looks to expand its consumer business.The new “Blocks” line of toy dinosaurs and vehicles – think Legos, but with bigger pieces for a younger audience – is just one example. There’s a push to promote Press-Lok bags – think Ziploc, but more durable – and to land more packaging clients. Then there’s the deal-making: Cameron and his team are on the lookout for smaller manufacturers in countries that make similar products, to complement recent acquisitions in Belgium and Brazil.

It’s all part of Cameron’s grand plan to double Velcro’s revenue within three years, roughly reaching $1 billion in sales. Velcro has long had a major New Hampshire presence, but this Boston office is relatively new. It opened about three years ago, Cameron says, in the Financial District. Aside from Cameron, several other top execs have desks in Boston, such as CFO Steve Ouellette, general counsel Gemma Dreher, and Americas president Scott Filion. Nearly 40 people work there today, compared with about 800 in New Hampshire. (In total, the company employs about 2,500.)

Because Velcro wants to be more of a consumer-facing company, Cameron expects part of his job in 2016 will be to make sure Velcro’s story gets told. He’ll emphasize the company’s innovation, and its research efforts. “People talk about the return of manufacturing to the United States,” Cameron says. “We never left.”