An Idea That Stuck: How George de Mestral Invented the Velcro Fastener

Born in the tiny town of Saint-Saphorin-sur-Morges in 1907, George de Mestral filed his first patent at the age of 12, for a toy airplane. “He was driven to invent,” says Fraser Cameron, president and CEO of the modern-day Velcro Companies. But it wasn’t until his mid-30s that de Mestral hit upon the idea that eventually took over the world — though it would take more than two decades for his invention to finally stick.

In 1941, de Mestral was on a hunting trip and noticed that both his pants and his Irish Pointer’s hair were covered in the burs from a burdock plant. Where many might have brushed them off in irritation, de Mestral decided to study the burs under a microscope, more out of curiosity than sensing a new business opportunity. “He was not a guy who was inspired by business,” says Velcro CEO Cameron. “He was inspired by science. If you need to know how something works, sometimes you just need to know. However he was constructed, he just really needed to know.” What de Mestral saw were thousands of tiny hooks that efficiently bound themselves to nearly any fabric (or dog hair) that passed by.

De Mestral realized that if he could create a synthetic form of this fabric, it would allow for a new way to fasten things, a middle ground between buttons, zippers, and simply sewing stuff together. His idea was to take the hooks he had seen in the burs and combine them with simple loops of fabric. The tiny hooks would catch in the loops, and things would just, well, come together. 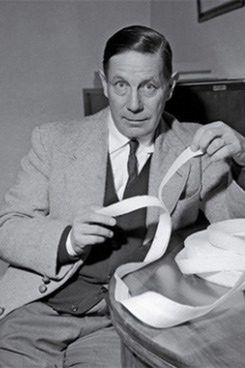 But it was far easier said than done. De Mestral took a tour of fabric manufacturing plants in Europe. The first six fabric companies were, at best, skeptical of the idea and said it couldn’t be done — mass-manufacturing the loops was easy enough, but the tiny hooks were more difficult — they needed to be both flexible enough to separate from the loops when pressure was applied, yet firm enough to keep things together otherwise. “You have to have a fiber you can weave into a shape and then it’ll save that shape,” Cameron explains.

But eventually he found a manufacturer in Lyon that was combining relatively tough nylon with cotton — a fabric with the ability to hold its shape that was exactly what he was looking for. Using the material, he was able to create, by hand, the same small microscopic hooks he’d seen on burs and attach them to a separate piece of cloth with tiny loops. He applied and received a patent for his invention in 1955 and took out a $150,000 loan to work on his project. He also created a company for manufacturing the product: Velcro, a portmanteau of “velvet” and “crochet” (literally, “hook” in French).

But while de Mestral had found his material and proven that it would indeed work, the problem was that he could only make the hooks by hand — mass-manufacturing remained beyond his grasp. Running out of money, de Mestral holed up in a tiny cabin in the village of Commugny in the Swiss Alps, trying to devise a solution. “The hooks are very tricky,” says Cameron. “You weave them like a loop, but you have to cut them at a very precise angle, and it’s very difficult to do.”

Finally, de Mestral hit on using a modified version of something like a barber’s clippers. With the ability to keep the angle of the cut precise, he could finally build out a loom that would allow him to mass-produce his hook-and-loop fasteners — nearly twenty years after his initial brainstorm. 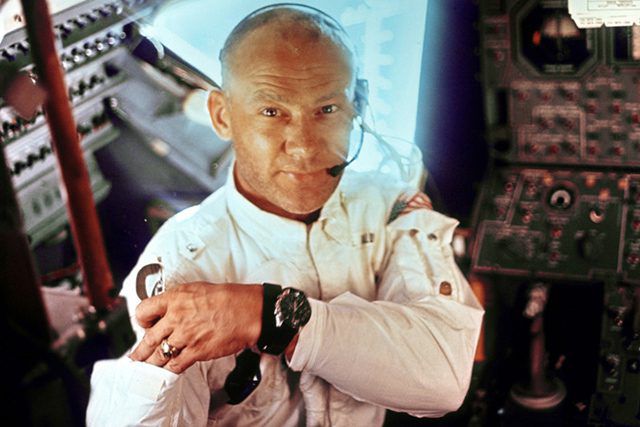 Still, Velcro’s fastener system was not an instant hit when it came to market in the early ‘60s. “The problem was people thought ‘What the hell is this stuff? Why would I even bother?’” says Cameron. “When you have a breakthrough product, it can be difficult to figure out how you use it.” Clothing manufacturers shied away from it, and it seemed like de Mestral’s invention, like so many others, would simply be relegated to the status of something interesting, but ultimately useless.

Then NASA came along. Looking for a way to keep objects attached to walls while floating in orbit, the agency discovered Velcro’s fastener system. Suddenly, de Mestral’s invention wasn’t an oddity — it was space age. It was, well, cool. It began to show up in clothing in the mid-‘60s, including high fashion — French fashion legend Pierre Cardin became obsessed with the stuff. And de Mestral’s invention was officially a hit.

The Velcro Companies take pains to remind the public that Velcro is not an actual product but instead a company name—a company that makes far more than the hook-and-loop fastener so closely associated with it. Velcro continues to follow in de Mestral’s footsteps, taking inspiration from the natural world and applying it to industrial uses, whether it’s gecko feet or shark teeth. De Mestral passed away in 1990 in Commugny, the same Swiss village where he had his breakthrough. He had long ago sold the rights to his creation to the Velcro Companies, and continued to work on other inventions, including a very successful asparagus peeler. But de Mestral will always be linked to Velcro’s hook-and-loop fasteners, which started out as an annoyance on his pant leg, and made it all the way to the moon.