Velcro Industries and the Cambodian Children’s Fund: Joy and Despair

Words and photos by Julie Barry

I am happy to report that my colleague Will and I arrived in Cambodia at around 11pm Monday night without any travel incidents.  Those that know me know that this rarely happens.  The other thing that worked in my favor was that I was able to sleep and haven’t suffered from jet lag, which made for a great Tuesday morning.

This morning, James from the Cambodian Children’s Fund (CCF) picked us up and we were off.  Our first visit was the Engender Program at the CCF Vocational Garment Center. Here, young women are given jobs to produce everything from school uniforms for the CCF as well as bags made from recycled materials and screen-printed jerseys.  The CCF is a truly empowering organization. It teaches skills that help program participants improve their lives and provides resources like childcare so that participants can focus on learning. They also offer special Mothers’ classes on Saturday mornings that teach young moms how to best care for their children.  Another vocational opportunity is working in the bakery.  Here nutritionally enhanced baguettes are prepared and are sent to the schools to be given out at the end of the day and as a bonus to take home for children attending evening classes. 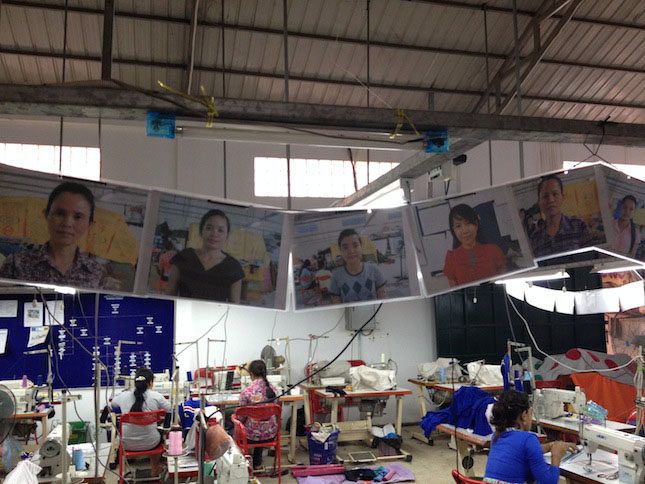 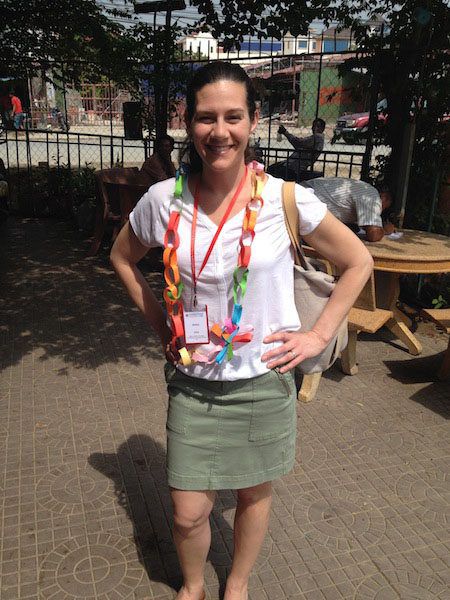 The next stop was a residential and classroom facility called CCF2. At CCF2, we met some young girls who attended school and lived in the facility because it was no longer safe for them to live at home. It was here that we began to see the dire situations facing some of the families and children. Many small children have been neglected or abused.What I found inspiring was that these children, despite what they have endured, were joyful, bearing huge, warm smiles and enjoying their time with each other and at the school. They were eager and excited to practice their English on us and, like typical children, liked to joke around (of course when they asked me how old I was, I said 21). 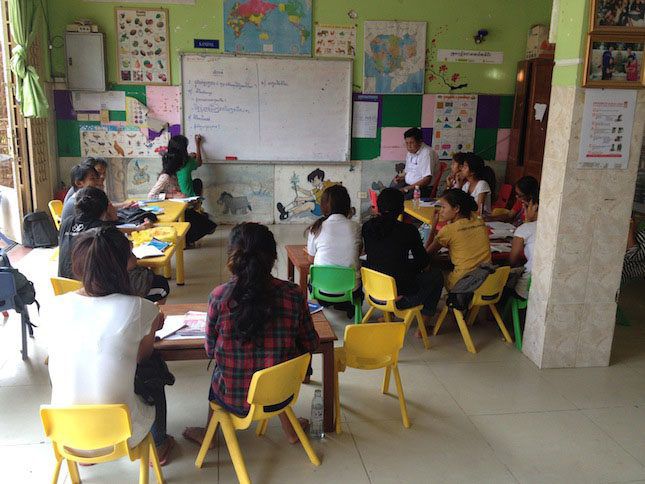 Next, we visited the Community Center.  In addition to more classrooms, the facility featured a clean water program where any CCF family could come and help themselves to water. The Community Center also has a food service program that distributes rice to  families, a medical center and a community maternal care center that has helped to eradicate a high maternal mortality rate during childbirth (between 8-12%).  These services are available at no cost to all CCF members, which is something that requires a full familial commitment.

Finally, we met Scott Neeson, former Hollywood director turned philanthropist and founder of the CCF. He is an incredible visionary, the children refer to him as “Pa Scott,” his energy is contagious and we were blown away by what he and his team have built.  Scott explained how the community-based organization is so effective. You see, parents are incentivized to send their children to school every day because if they do, they will be rewarded with food for their family and access to healthcare, additional food programs, clean water and a bathing program. The entire family – from grandmothers to infants – is taken care of in this structure.  The idea is that the cycle is being broken and the future of the community is being built through education; if children stay in school, the entire family benefits. 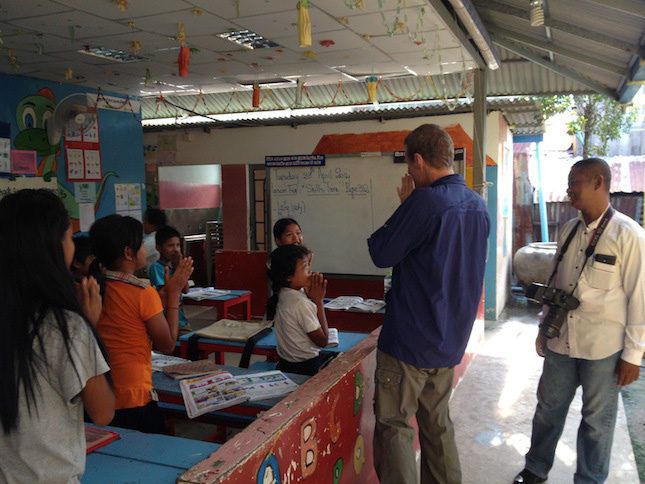 My big question was about the families’ back-stories, what led them here? Like many families around the world, Cambodian families find themselves in debt.  In about 70% of the cases these families owned a farm, a family member fell ill and to pay off the medical debt they were forced to sell their land and borrow money, putting them into a grim situation. Compounding on that, debt is often taken out with a loan at a 10 – 20% monthly interest rate, which is nearly impossible to pay off. Families are then forced to extreme measures, such as searching for recyclables at the local dump to put food on the table or needing children to work alongside their parents, which takes them out of school and prevents them from receiving an education. In addition, substance abuse and physical abuse are pervasive throughout the community.

Check back in tomorrow for the next update.